---
Mark is feeling sentimental as he walks into his office, sipping his morning coffee.
---

As a sanitarian at a local health department, no two days are ever the same for Mark. For example, last week he discovered the contaminated food source than made an entire wedding party ill. The week prior, he inspected water outtake from a chemical plant and helped locate a bat for rabies testing. Today his mission is determined by a report just received from a local pediatrician. Michael, a one-year-old child in his district, was tested and identified with an elevated blood lead level.

Source: www.marioncountyhealthdept.org/ChildhoodLeadPoisoning.html
Mark knows that children under the age of six are the most vulnerable to lead poisoning. In Michael’s case, the level is high enough to warrant an immediate epidemiological investigation, which means going into Michael’s home and locating the source of the lead.

As Mark leaves the office, he reflects on other cases over the years. He knows that lead poisoning is entirely preventable. However, there are nearly 4 million households with children who are exposed to high levels of lead.

As Mark pulls up to the ranch style house and knocks on the door, he knows the task ahead is hefty. There are many possible sources of lead, yet lead is invisible to the naked eye and has no smell. As Michael’s mother answers the door, he can see the worry on her face. She has so many questions about lead.

“My Michael hasn’t seemed sick but our doctor said there may be no obvious symptoms. I’m afraid an elevated blood lead level could cause damage to his brain, affect his ability to learn, cause behavior problems or worse.”

Mark calmly explains, “Since it is normal for young children to place their toys, fingers or other objects in their mouth, this may have put Michael in contact with lead. Let’s see if we can identify any potential causes.”

Source: http://www.publicdomainpictures.net/view-image.php?image=32698
Mark begins his investigation of items in the house.  He asks Michael’s mother a series of questions:

“Is there lead in the plumbing that could be leaching into the water?”
“I am not sure.”
“Are there areas of peeling paint that may contain lead or dust from lead paint or lead contaminated soil around the home?”
“I’m not sure of that either,” she nervously adds.

“I will collect samples and submit them to the public health laboratory for chemical analysis which will provide an answer," Mark reassures her.  She nods her head, but Mark can still see her concern. 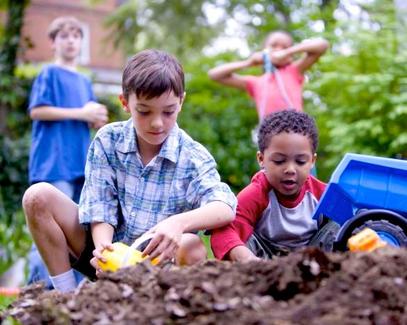 Source: CDC / Dawn Arlotta
Having covered the most common lead sources, he continues his questioning and looks for any other potential sources of lead in the house. He asks about Michael’s parents’ occupations, Michael’s toys, and the cookware and pottery in the house. Mark’s experience helps him sort through all her answers.

There is no telling if any these items will contain lead, and certainly not without lab analysis. He feels a twinge of uncertainty; he knows he is missing something.

“Can you think of anything else that Michael might be putting in his mouth or eating?” Mark finally asks.

Michael’s mother thinks for a minute then replies, “Michael and I have been sick and we have been taking a medication that comes from India.”

Mark asks if there is anything else Michael has consumed.

“I use a baby formula from India and Indian cooking spices,” she replies.

Mark takes samples of six medications, a curry powder and two different formulas.. The chemical analysis at the laboratory will take days, but it is the only way to find out what is causing Michael’s high lead levels. 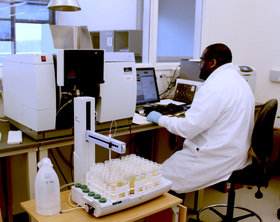 Laura says, “The home is not a source of lead exposure, neither is the formula or the spices. But the medications, also called ayurvedics, contain very high levels of lead.”

Mark immediately calls Michael’s mother to tell her to discontinue the medication. She is shocked to hear that she has been giving Michael dangerous medication, but also relieved to have an answer.

He later learns that Michael’s levels have significantly decreased since the use of the medication was discontinued.  Mark is thankful the public health lab was able to find the source of the lead poisoning before Michael suffered any long-term effects.